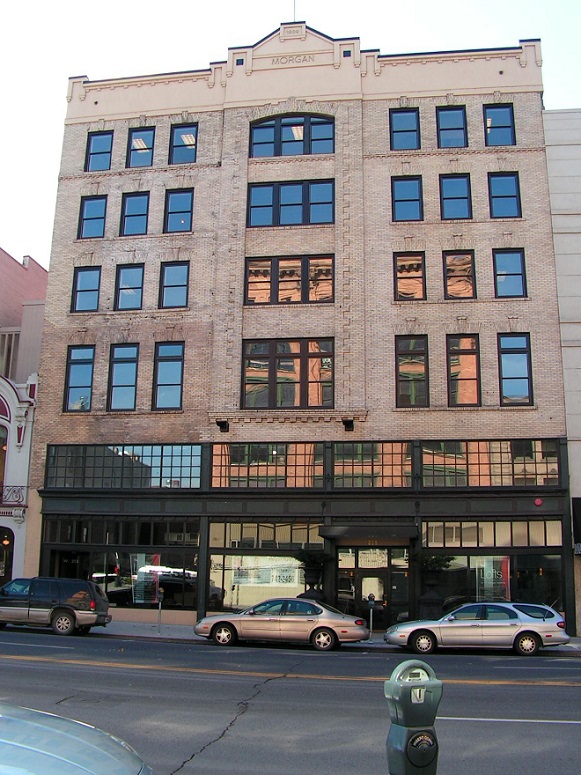 The Morgan Block is historically significant as a representative example of a Single Room Occupancy Hotel (SRO), a unique style of working class housing popular in Spokane during a period of unprecedented growth around the turn of the twentieth century.  Built to accommodate the influx of itinerant laborers who flocked to Spokane to fill jobs in the area’s mining, agricultural, lumber and railroad industries, SROs once stood on nearly every block in the central business district.  The Morgan Block was designed by prominent Spokane architect Alfred Jones and was built in 1909 for Daniel Morgan, a former Washington State senator and Spokane property developer.  The building was damaged by a fire in the 1990s but has recently been rehabilitated.