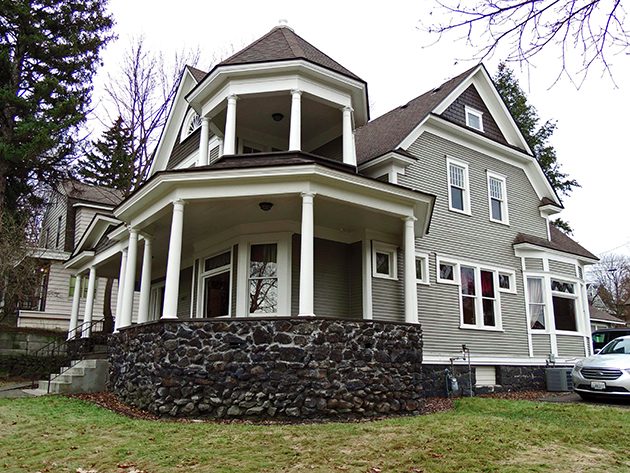 Built in 1903 for Levi and Sara Monroe, the Monroe House is architecturally significant as an intact example of the Queen Anne style.  The smaller house, now a duplex, was constructed in 1902 and served as home to the Monroes until the main house was completed; it then served as servants quarters.  From 1902 to 1906, Monroe was the Livestock Editor of the Spokane Daily Chronicle and served as the Secretary of the Spokane Chamber of Commerce from 1906 to 1920.  As a long-term officer there, he contributed to the planning and formation of early Spokane’s business community. During the Depression, Monroe was the assistant to James O’Sullivan, Secretary of the Columbia Basin Commission.  In this capacity, he worked with federal, state and local government officials in the planning of the Grand Coulee Dam. The house is now operated as a traditional tea house called "6th Avenue Tea."