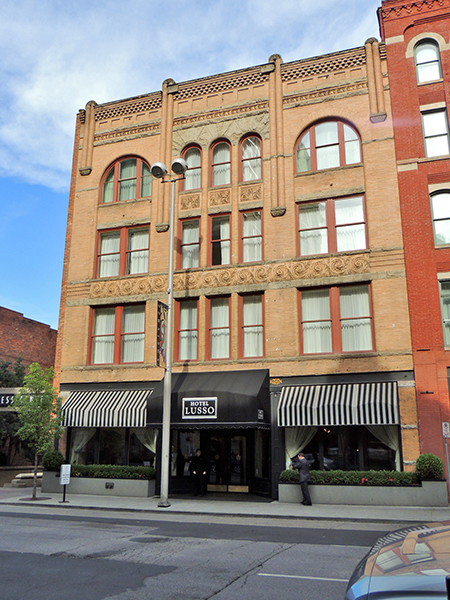 The Miller Building is significant for both its architecture and its role in Spokane’s emergence as the urban center of the Inland Empire.  Designed by architect William Carpenter, it was built shortly after the Great Fire of 1889 and is one of the last remaining examples of his important contribution to Spokane’s Age of Elegance.  The Miller Building’s graceful brickwork and rich surface detail introduced to Spokane a form of Richardsonian Romanesque architecture that bore the imprint of the emerging Chicago School and Louis Sullivan.  Occupying a particularly desirable location, the Miller Block also played a role in Spokane’s economic successes in the decades of unparalleled growth that followed the fire.  More recently, the building has been renovated and, together with the Whitten Block, next east, houses a luxury hotel, the Lusso.