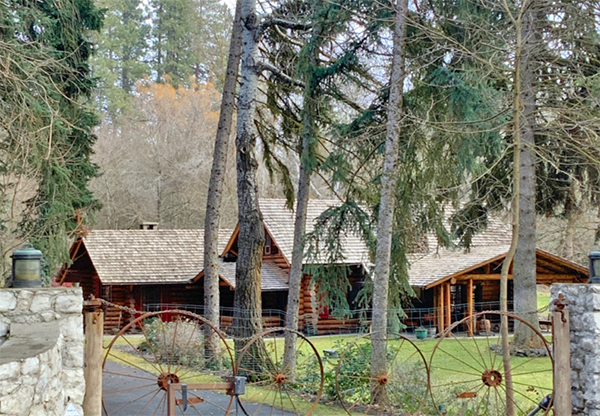 Littlebrook is an incredibly well-preserved example of horizontal whole log construction which is unique to the Spokane County area.  Built between 1935 and 1944 by Oliver LaJoie, a local handyman who was hired from the unemployement office, the home was patterned after a drawing of the Red River Ranger Station in Elk City, Washington.  All of the cedar logs used in building the home were hand cut, peeled and notched; no nails or pegs were used as whole logs were coped and placed horizontally one on top of the other.  The two-story, hand hewn log home was built for John T. Little, a local businessman and County Commissioner, and wife.  John Little played an intergral part in the business and civic development of Spokane from 1909 until his death in 1980.