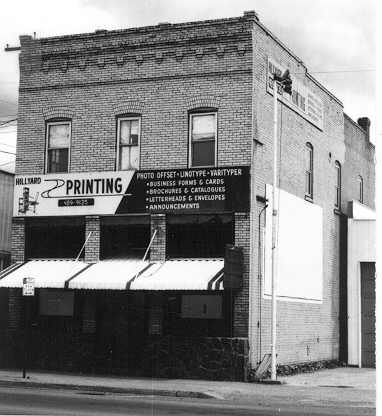 The Inland-Empire New Building is a two-story brick masonry building featuring a corbelled cornice and buff-colored brick facade veneer.  It was built for furniture merchant John Stough whose business was active from 1903 until 1914. The building was occupied from 1914 to 1919 by furniture merchant Frank Murray. In 1919 the Inland Empire News, a local Hillyard newspaper, and later, the Northside Post, maintained a printing business in the building that ran through the 1950s.

The Inland Empire News Building is a contributing property in the Hillyard Historic Business District which was listed on the Spokane Register in 2003 and the National Register in 2002.