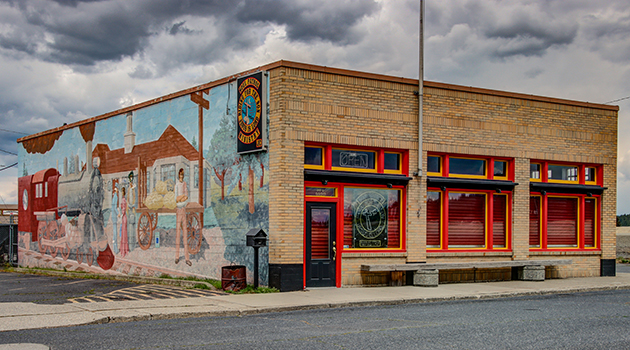 The Hillyard Post Office block is a modest, one-story structure clad in buff-colored brick veneer with a three-bay storefront, large windows and transoms, and an entrance at the westernmost end of the south facade. The Hillyard Post Office is one of the latest structures constructed in Hillyard during the District’s period of significance from 1892-1946.  Hillyard, which developed as a "railroad town," annexed to Spokane in 1924.  Interestingly, letters postmarked as late as the 1980s continued to arrive at the post office with the town written as "Hillyard."  The building served as a post office from 1946 through part of 2001.