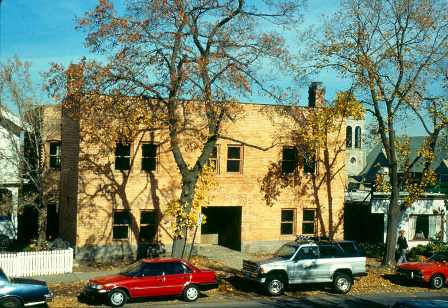 Hendrickson Flats was constructed in 1905 for widow Ola Hendrickson during a period in Spokane when brick apartment buildings first began to appear. Upscale versions of the boarding house concept were already prevalent in Spokane and multi-unit brick apartment dwellings were considered a satisfactory alternative to a house, requiring less of an investment. Constructed of buff-colored brick, the apartment building was probably constructed of brick from the Washington Brick and Lime Company in Clayton, Washington, the same material utilized to construct the Spokane County Courthouse.  Hendrickson Flats was demolished in 1998.