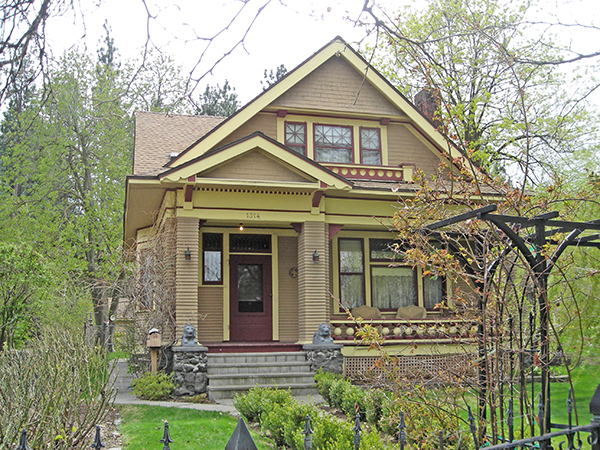 The house belonged to Henry M. Hart, a Cornell graduate who came to Spokane to be principal of South Central High School (now known as Lewis & Clark), the first high school in Spokane. During Hart’s tenure, from 1907 to 1936, the school became known as one of the finest in the West and Hart became known as a leader in educational and cultural affairs of the city.