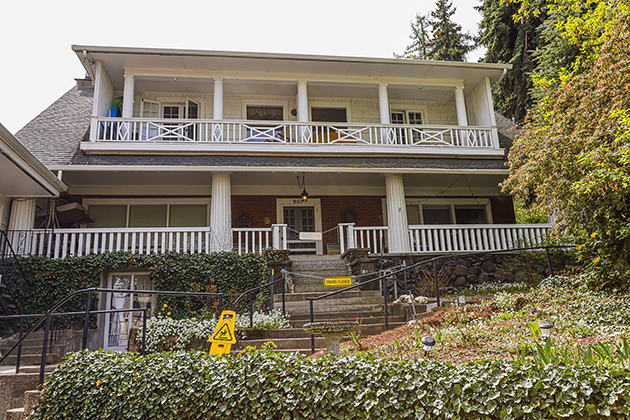 Historically significant for its association with John W. Graham and “The Hill” neighborhood, the Graham House and carriage house are typical examples of the development and subsequent settlement of the Hill, an area built as a residential neighborhood for some of Spokane’s most prominent citizens. Built in 1908 the house was the home of John W. Graham and his wife, Alta Graham, for nearly five decades until John’s death in 1941 and Alta’s death in 1957. During this time, John Graham coined the slogan, “If Its Made of Paper, We Have It,” while he owned, operated, and expanded the John W. Graham Company into one of the finest and largest stationery, book, and office supply stores in the Western United States. Today, the home is an apartment building.