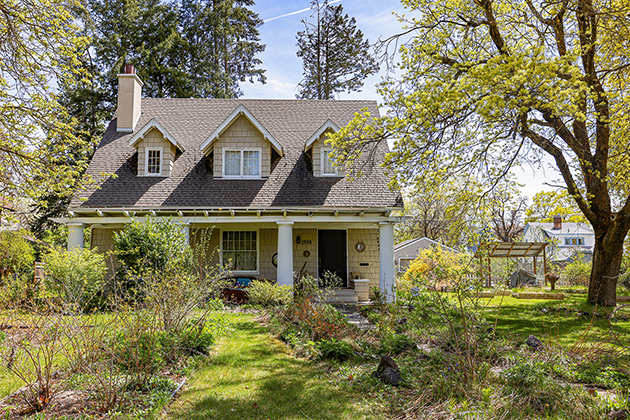 This is James Glover’s third house. Known as the "father" of Spokane, James Glover was the proprietor of the first General Store and founder of the First National Bank, among other endeavors. After the bank failed in 1893, Glover lost most of his fortune and was forced to sell his showpiece Kirtland Cutter-designed home on 8th Avenue. He relocated to this house in 1909, remaining until his death in 1921. Other owners include Frank Brown, proprietor of the Brown Printing Company.