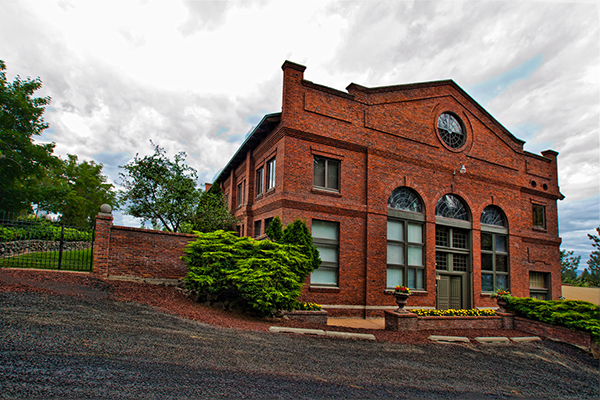 The Frequency Changing Station was an important part of an early electrical power and transportation conglomerate. The name most often associated with this development is J.P. Graves, who organized several small inter-urban lines into an extended system which connected Coeur d’Alene, Moscow, and Colfax with Spokane, a system known as the Spokane and Inland Empire Railroad Company and finally as the Spokane, Coeur d’Alene and Palouse Railway. Graves was also in the directorship of the Spokane Power Development Company, which supplied power for this rail system and sold power and light commercially as well.