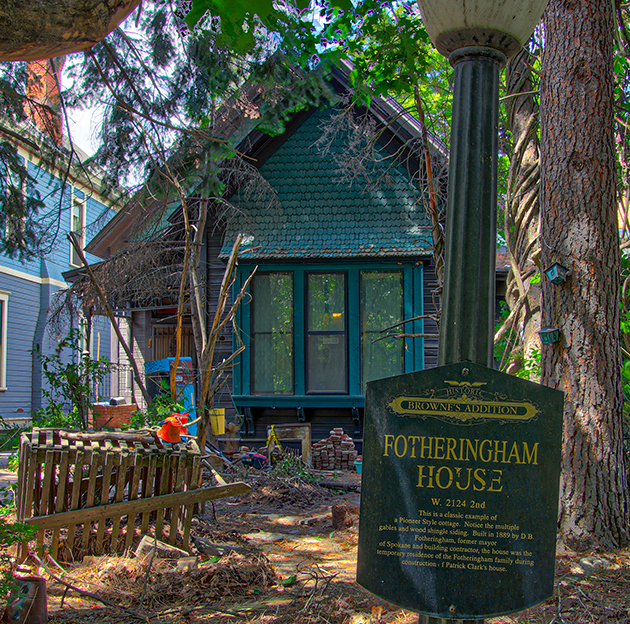 This house is significant as a contributing building in the Browne’s Addition Historic District and for its association, though brief, with David B. Fotheringham, a successful building contractor and community leader who served as Mayor of Spokane. Fotheringham built this house in 1889 and occupied it with his wife Mary while he built his permanent home in the adjacent lot, completed in 1891. After building his house, Fotheringham turned his attention to the site across the street where he constructed the opulent Patrick Clark mansion. Mrs. Mabel C. Williamson, widow of Victor Williamson, bought Fotheringham’s first house in 1915, remaining there until 1960. James L Red, a Spokane salesman, bought the house around 1970, and the property today remains in the hands of the Red family as a single-family residence.

is a contributing property in the Browne’s Addition Historic District, which was listed on the National Register of Historic Places 7/30/1976.