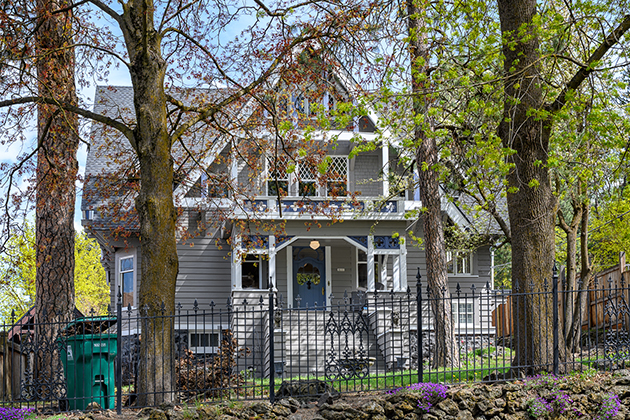 Constructed in 1905 on Spokane’s South Hill, the Carson-Clemmer-Larrabee House is both architecturally and historically significant. A highly unusual local example of the Carpenter Gothic style, the house was designed by prominent Spokane architect John K. Dow for Maida Carson, a widow. Subsequent owners included Dr. Harold Clemmer, the dentist and entrepreneur who brought Spokane the Clemmer Theater (now the Met), as well as the Larrabee family, whose members played major roles in the mining and coal industries in the Inland Northwest.