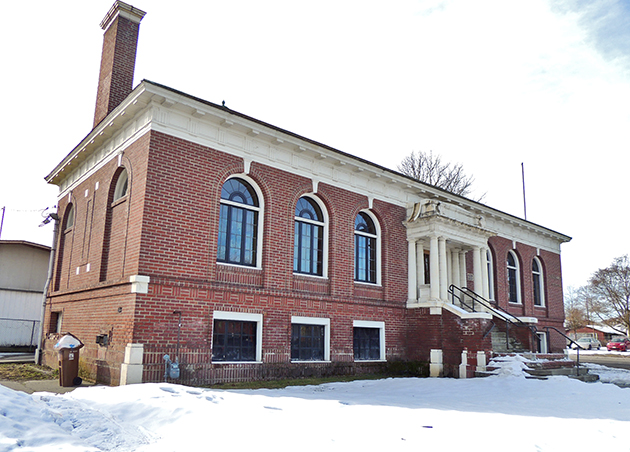 The Carnegie Library, North Monroe Branch, was designed by noted Spokane architect Albert Held and built in 1914. In 1912, Andrew Carnegie promised $70,000 for construction of two permanent branches in Spokane. The Library Board and City Council disputed over where the new buildings should be located, and the compromise that emerged was that the money would be used for three branches. Of the original monetary designation, $17,500 was allocated for construction of the North Monroe Branch. The library served the local community until 1967, the the city sold the building to the local chapter of Veterans of Foreign Wars. The building was then used as a meeting hall, lounge, and bingo parlor.

The North Monroe Branch is listed on the National Register of Historic places as part of a multiple-property nomination that includes all of the Carnegie Libraries in Washington state (this also includes the East Side Branch, the Heath Branch, and the Main Branch in Spokane).