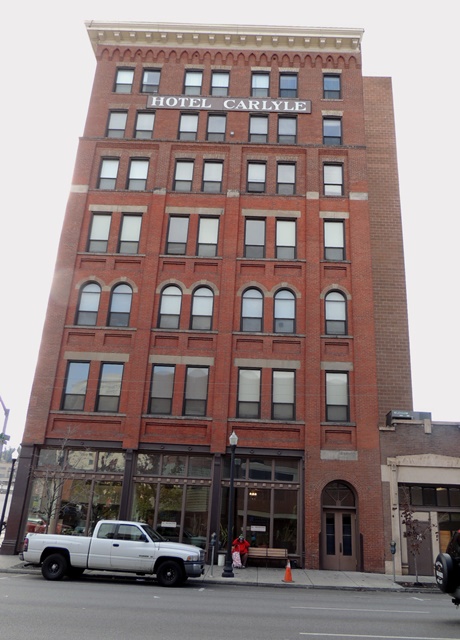 The Bump Block, located at the southwest corner of Second Avenue and Post Street, is a seven-story brick masonry structure with a basalt rubble foundation and a flat built-up roof. It exhibits characteristics of the Brick Commercial Style, distinguished as well by classically inspired elements such as the overhanging corona and modillion block of the cornice, and the round-arched windows with decorative keystones on the third floor. The building, constructed in 1890, was significantly enlarged in 1909. At that time, the original 50 foot (fronting Second Avenue) by 100 foot footprint was expanded southward, along Post Street, by forty feet. Also, the height of the building was raised by three stories, which entailed removal of the original roof and construction of a new cornice. These additions were designed in such a way as to replicate the original exterior appearance of the lower four floors and, through the use of similar Brick Commercial design elements on the upper floors, to create a new but cohesive structure.