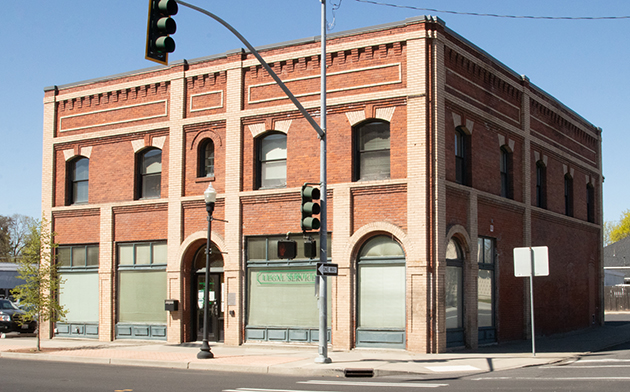 The Bryant Apartments/Broadway Pharmacy Building is historically significant for its association with the growth and development of the West Central Neighborhood, one of Spokane’s oldest, and as one of the few remaining intact examples of commercial architecture in the West Broadway business district. In 1910 Stephen Morris, a motorman for W.W.P., had this building built, and then sold the property to Lydia Rogers in 1915 . The property stayed with the Rogers family until 1979. This building once housed the Bryant Apartments, one of Charles Marr’s grocery stores, and the Broadway Pharmacy. Charles Marr was a successful West Central businessman who owned more than seventy grocery stores at the peak of his career.