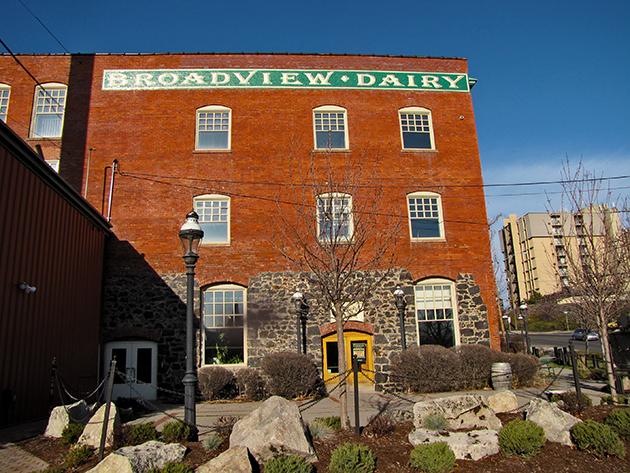 The Broadview Dairy was one of several commercial dairy operations established in the Spokane area around the turn of the twentieth century, and it is the only local dairy business still in operation. Allen H. Flood, who first arrived in Spokane in 1889, the year of the Great Fire, founded Broadview between 1896 and 1897. Originally from Buxton, Maine, Flood helped survey Hays Park Addition and a part of what is now Hillyard, and also engaged in the lumber business before establishing his dairy. Under Flood’s direction, Broadview Dairy was a leader in campaigns for dairy operations betterment; it was the first commercial dairy in the state to test for tuberculosis and also led the fight for pasteurization in the Inland Northwest. The operation was known as the Broadview Dairy from its inception to 1946, even though Carnation acquired Broadview in a stock exchange in 1929. Architect R. Edward Vincent designed the building.