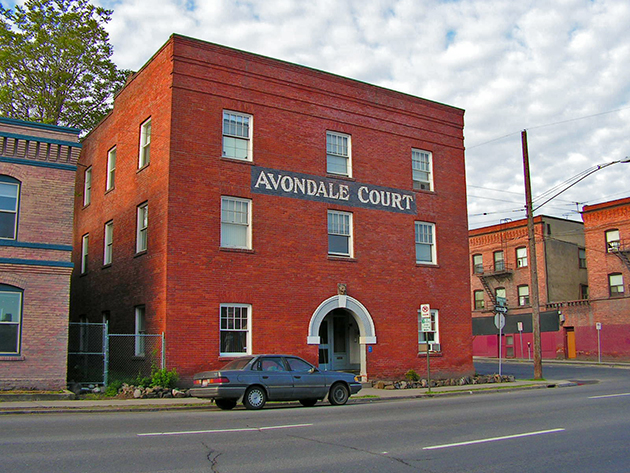 Avondale Court was built in several stages in a residential/commercial sector of Spokane’s central business district starting in1902 and is historically significant for its association with the dramatic growth that Spokane experienced during the first decade of the 20th century. Unfortunately for the owners, a mill workers’ strike in 1903 delayed construction and it took another two years to complete. Meanwhile, demand for housing in Spokane skyrocketed as the population swelled from 36,848 to 104,402 between 1900 and 1910.  The Spokesman-Review reported on December 19, 1903 that "Spokane leads the nation in percentage of residential building construction."  Whew!