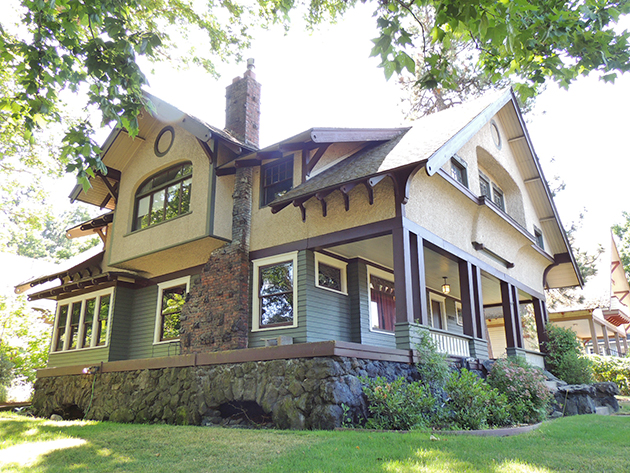 Built on Spokane’s South Hill, the Abercrombie House is significant for its association with the early military history of Spokane. Arriving in the summer of 1877, Colonel William R. Abercrombie was the first U.S. military leader brought to Spokane to make way for American expansion.  After receiving assignments to various military outposts Colonel William R. Abercrombie and his wife, Lillian Kimball Abercrombie, made this home their first permanent Spokane residence and lived in it from 1908 until their deaths.  Colonel Abercrombie was an active leader in the Indian wars and was named commander of Fort George Wright in 1910.  More than any other building, the Abercrombie House represents the Colonel's influence in Spokane.