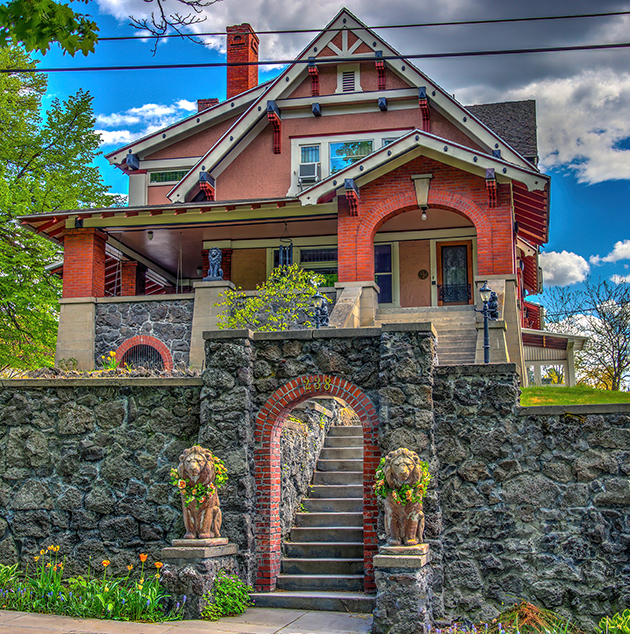 Prominent Spokane architect, builder and entrepreneur, Alfred Jones, designed and built this eclectic home in 1909. A Spokesman-Review article deemed it “English” in style, but it exhibits elements of Craftsman and Victorian Stick styles as well. In addition to its architectural significance, the home is also historically significant for its association with Jones and its later association with Augustin Francis Schinner, the first Catholic Bishop of Spokane. Jones designed a number of prominent buildings in Spokane, sometimes in partnership with other prominent architects like Permain, Galbraith and Levesque. He was also an investor in several theaters in town, including the Scenic (later Scenic Vodvil), Washington (later Empress), and The Arcade. Jones scarcely had the chance to enjoy the home he designed; he relocated to Arizona due to ill health in 1911. In 1919 the Roman Catholic Church purchased the home for Schinner. The property continued to serve the church until 1968, providing a residence for three bishops. Consequently, it became a religious center for Spokane’s rapidly increasing Catholic population.