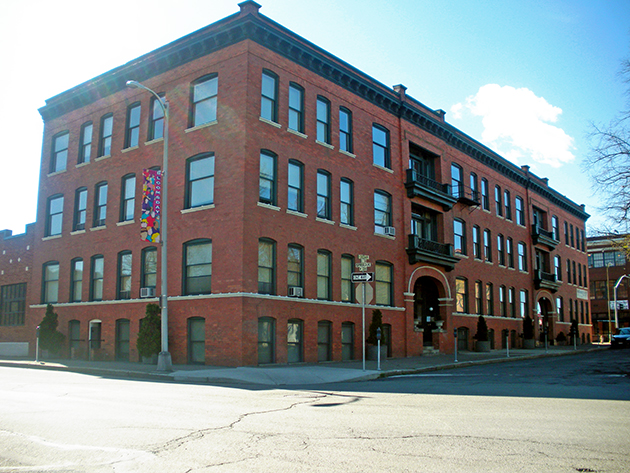 The Buena Vista Apartment buildings were constructed as the Hotel Vallamont (11 S. Cedar) and the Buena Vista Apartments (5 S. Cedar) in 1905. The area in which the structure sits was originally a residential neighborhood near the center of town, but as the city’s population increased, there was a demand for apartment and hotel space. Several three story structures, both hotel and apartment, were erected. Some were built as luxurious quarters, but others such as these two were for more moderate incomes. This neighborhood was convenient for the expanding downtown office and shopping center and eventually boasted Linden trees on grassy islands in the middle of the wide boulevards, resulting from landscaping suggestions made by noted landscape architects the Olmsted Brothers in their Park Board report to the City of Spokane.

The Buena Vista Apartments are a contributing property in the Riverside Avenue Historic District, which was listed on the National Register of Historic Places on 7/30/1976.